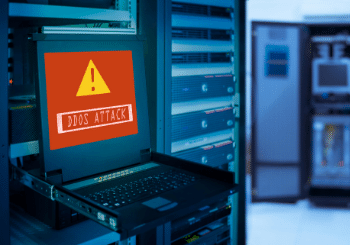 At the turn of March and April, we implemented a new version of the Atman Anti-DDoS system. The current solution for protection against DDoS attacks is based on traffic flow analytical algorithms by Flowmon and a scrubbing center in Radware technology.

The migration of the customers’ services with the previous version of Atman Anti-DDoS to the new solution did not require any action on their part, and ran smoothly. During the change period our customers’ Internet connections and resources remained protected without the shortest break.

The new Atman Anti-DDoS provides our customers with the protection of a higher quality than the previous version did due to access to the best global signature databases that Radware uses.  Another key feature of the new solution is the ability to granulate scrubbing at the port level, rather than covering the entire IP address. Among the advantages of this change there is also the enrichment of the analytical part, including an intuitive form of data presentation (customized charts), as well as more precise reports after the attacks end.

Such an effective protection against volumetric attacks can also be ordered by companies using Internet access services from Atman. Securing the Internet connection with Atman Anti-DDoS does not require any changes to the customer infrastructure configuration, and it is run by Atman engineers within a few business days. Once it’s deployed, the customers receive access to the Anti-DDoS panel in the Atman Customer Zone, where they can view the protected resources and change the selected protection plan to another one, i.e. raise or lower the threshold values that define the protection sensitivity.