5 things you wanted to know about Internet exchange points, but were afraid to ask 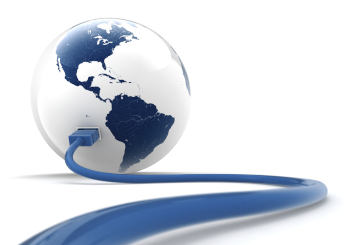 Speed up you Internet and enrich available resources

We encourage you to broaden your knowledge about the so-called IXs also due to the lockdown related to the epidemic. Nowadays, the Internet and its resources have become the tools that are even more necessary for our work and even more desirable in the time of leisure we are forced to spend within four walls. It is worth ensuring that these tools are of the best quality.

Below you will find answers to the 5 most important questions about IXs.

What exactly is the Internet exchange point?

The Internet consists of a large number of bigger and smaller networks connected to each other. Some of them operate locally (ISPs), some on a national scale (e.g. Atman, Netia, Orange), and other globally (the so-called Tier 1, e.g. Tata Communications, GTT Communications).

The Internet exchange point (IXP, IX) is the interface between many Internet access service operators and other Internet service providers (portals, IPTV, VoIP). This is where these providers of various services connect directly to each other, sharing their IP traffic outside their own network and acquiring traffic from the network of other providers. This solution reduces connection times, delays, and overheads.

IXs were created in order to optimize and speed up the Internet, so they are its important part.

Who is the Internet exchange point for?

If the company does not meet the above requirements, it is possible to cooperate with an operator such as Atman which – as a LIR – helps obtain the AS number and IP addressing.

What will such Internet exchange point give me?

An unquestionable advantage of Internet exchange points is access to many services and operators in one place. Importantly, between operators exchanging traffic under IXP, transmission times are significantly reduced. In addition, for a small operator, participation in the IXP is the opportunity to buy links from larger operators at very attractive prices.

The nodes operating in Poland have a very diverse offer – they not only provide various resources, but also structure their offers and price lists differently. For more information on the largest Internet exchange points in Poland, see the list further in this article.

What will IX give my clients?

What Internet exchange points are there in Poland?

According to available sources, there are several hundred Internet exchange points around the world. In Poland, IXs are usually located in larger cities (Warsaw, Katowice or Krakow).

Below is a brief description of the four largest Polish Internet exchange points. The list is not an IX ranking, and the data presented come from publicly available information found on the Internet and on the websites of these nodes.

EPIX is the largest non-commercial Internet exchange point in Poland. It operates as an Association for the development of the “e-Południe” information society for ISP operators managed by ISP operators.

The main access nodes for direct physical connection to EPIX are in Katowice and Warsaw.

Due to the nature of its activity, the largest number of members – over 770 – are connected to EPIX. This is a very large group of small local ISPs, mainly from the south of the country.

According the statistics available on the site, it can be assumed that the total level of the traffic exchanged in the nodes is about 1800 Gbps. It is probably the sum of open peering and transit traffic to foreign Tier 1 suppliers, foreign nodes, Polish nodes, as well as transmissions to IPTV providers (e.g. Evio).

The EPIX offer is extensive and allows free selection of components and their parameters.

Unfortunately, the agreement with EPIX does not guarantee an SLA, which in the case of frequent or more serious failures is not comfortable for the node members or their end users. It is worth noting that the high failure rate of an IX can translate into the image of a local operator as a service provider and into its revenues (e.g. the need to lower prices, reduce the number of end customers).

Former PLIX, considered by many to be the first and certainly the largest and most recognizable Polish Internet exchange point.

After the takeover, the PLIX/Equinix node applied a global policy, identical for all Internet exchange points managed by Equinix. A customer portal was made available to users in which they have access to statistics and data about members. On the other hand, unlike other Polish Internet exchange points, they ceased publishing publicly available information on members, resources or traffic.

After the change of the owner, there is no longer such openness as before and one cannot expect flexibility or adaptation of conditions to the specifics of the Polish market.

Thinx IX is the largest Polish commercial Internet exchange point, whose owner and administrator is a company with Polish capital: ATM S.A., providing its services under the Atman brand name.

Atman was recognized the Key Service Operator as an entity operating an Internet exchange point (IXP), because – according to the definition – it is a network object that enables interconnection between more than two independent autonomous systems, mainly for the purpose of facilitating the exchange of Internet traffic.

More and more largest content providers are successively joining Thinx IX and ports with increasingly larger bandwidth are being launched. The last example can be Netflix, a global tycoon of the video streaming market that in the last week of December last year – on the occasion of the premiere of The Witcher – practically saturated 100 Gbps. To ensure the best transmission conditions, Netflix ports in Thinx IX were upgraded to a total bandwidth of 200 Gbps in February.

The Thinx offer – compared to e.g. the price list prepared by EPIX – is distinguished by simplicity and transparency. The customer/participant, under a single port fee, receives access to the resources of:

At the same time, there are no traffic restrictions – the only limit is the bandwidth of the purchased port.

For example, in EPIX, a customer who wants to have access to comparable resources must purchase: port, open peering service and Polmix service for which they declare the bandwidth value. Each of these elements is priced separately.

Under the contract, each Thinx IX member is provided with an SLA guarantee of the availability of the purchased services.

The main Thinx nodes are located in Warsaw, and access nodes in 13 other major Polish cities. In total, the customer has a choice of 24 locations where they can join Thinx – everywhere at the same price.

Atman engineers are constantly watching over the correct operation of the service and introducing modifications to the way the service is implemented in the backbone, which, in turn, ensures the service continuity even in the event of failure of one of the major Thinx IX nodes.

An Internet exchange point owned by Orange Polska SA (OPL), i.e. former Telekomunikacja Polska SA, with the French majority capital. Due to its past, OPL is distinguished by its extensive telecommunications infrastructure.

The main access switches enabling direct physical connection to TPIX are located in Warsaw and Katowice. In addition, operators can plug into TPIX entering (for a fee) their own cables and devices into the so-called telehousing rooms located in 21 OPL facilities in Warsaw and 12 other cities.

TPIX is the third Internet exchange point in Poland in terms of the number of members. Their list, however, lacks such global giants of content as Facebook or Twitch, or domestic giants as Cyfrowy Polsat (IPLA), TVN or GOG (CD Projekt). It includes, however, EdgeCast and Microsoft.

Like Thinx, TPIX uses one port to provide various services to the customer.

* In the absence of current information, the data on Equinix presented in the table come from the first quarter of 2019.

Learn more about Thinx IX services or contact us to receive an offer.