Changes in the dedicated servers offer 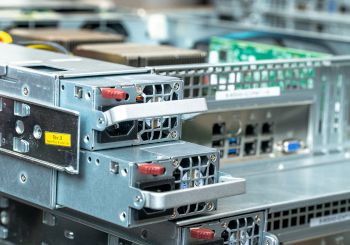 , Atman updated the configurations and prices of the dedicated servers embraced in Atman’s standard offer, i.e. available immediately. It is a recurrent element of the supplier’s constant care for the service quality.

The introduced changes were preceded by a thorough technical and business analysis of each server. Only one configuration (of the Startup line) remained unchanged. Most (12) of the Atman’s dedicated servers available in 2019 were upgraded, and several of them (4) were withdrawn from the offer. However, 5 new standard configurations were introduced instead.

These changes were dictated on the one hand by the technological age of individual components, which translated into their reliability, and on the other hand by the preferences of our clients and business partners.

The configuration updates were such as:

In the case of 2 servers from the Business line, it was decided to withdraw them completely from the offer due to the E5-2620v4 (8-core) processors that were too weak for this type of machines. In return, 2 similar configurations were introduced, but equipped with the latest Silver 4208 (8-core) processors and larger RAM.

Two other servers were abandoned because of little interest from clients, and 3 new machines are offered instead. They have been selected based on analyses of both popular standard configurations and customized servers, which are regularly built to meet the specific requirements of Atman’s clients.

Together with the refreshment of configurations, the price list of Atman’s dedicated servers was adjusted to market prices, as it is done every year. The monthly lease costs of the majority of the standard servers increased slightly, while for 4 configurations of the Business line – despite the technical upgrade – the prices fell by 20.16% on average.

Currently, the Startup line consists of 7 server configurations (+1), the Business line – 9 (+1) and the Enterprise line – 2 (-1). Apart from the standard configurations of dedicated servers, Atman offers any custom configuration, i.e. a server is prepared on request, according to the individual specification given by the client.