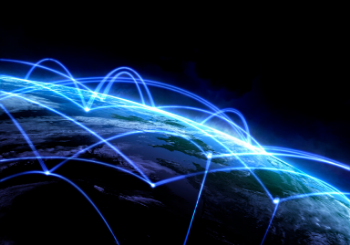 Atman installed a k-root server – a material part of the DNS system – at the main node of Thinx IX located in Atman Data Center Warsaw-2.  Connected to the very core of the Thinx node, k-root server is now directly available to ca. 100,000 prefixes of Thinx IX members, and companies using Atman’s Internet services.

What does that mean in practice? This has further accelerated the Internet for our clients, especially in case of queries about .com and .net domains. Currently, responses from k-root server are returned in less than 1 ms!

The domain name system, or DNS, is the foundation of the Internet. Simply put, DNS servers “translate” people-friendly domain names into IP addresses that are understandable to computers and network devices. DNS is not only responsible for accessing websites, but it also affects e-mail and other services that use domain names.

The entire DNS system consists of thousands of server domain names around the world that increasingly form the largest digital database in the world. They constantly provide each other with information about the current Internet configuration (which domain leads to which IP address).

DNS is based on 13 root servers, forming a specific backbone of the Internet. These servers are marked with letters from “a” to “m” and are the responsibility of powerful institutions, which guarantees their proper operation and security.

Interesting fact: this specific number of root servers results from the limitation of the UDP packet size, and it is with the help of such packets that communication in the DNS protocol takes place.

Due to the fact that the DNS root servers are the basis of the Internet and they receive a lot of queries all the time, they have been copied. Copies of the root servers, which have identical IP addresses as the “original” ones, are located in different parts of the world. Root server instances are typically located in data centers and Internet exchange points. Users usually connect to the nearest server.

K-root servers are managed by RIPE NCC organization which carefully selects the organizations that can host a k-root server. Only professionally operating server rooms with reliable and redundant power supply devices and appropriate physical security are selected. Other DNS k-root servers in Poland are located in Poznan Supercomputing and Networking Center in Poznań and in Aplitt sp. z o. o. in Gdynia.

Atman strives to constantly increase the attractiveness of Thinx IX, hence the decision to install the k-root server.